A whale of a time!

We have had a little trouble with our instruments the past few days. The oxygen sensor on the CTD really didn't like the very cold temperatures and had to be replaced, and its seems like every day something on the tracer instrument brakes and we have to rely on Jim's brilliance and lots of electrical tape to quickly fix things. Despite the hiccups we are still getting exciting results and making good progress.

At 2pm this afternoon we again crossed the line, and are now back north of 60. Apart from the occasional massive iceberg on the horizon we have left the ice behind and are back to the motion of the open ocean. But this is no reason to be glum! While we were sampling a couple of inquisitive humpback whales came to see what we were up to, and overhead clouds of swirling cape petrels fill the sky.

The two humpbacks played around the ship for quite some time, rolling around in the water, throwing flippers and tails out into the air. We took it in turns to man the instruments and run outside to see them play. This far east it gets dark pretty early*, and the humpbacks were still playing around the ship as the light faded. Another amazing day at sea!

*The ship is four hours behind the UK, and our clocks don't change as we move through timezones. 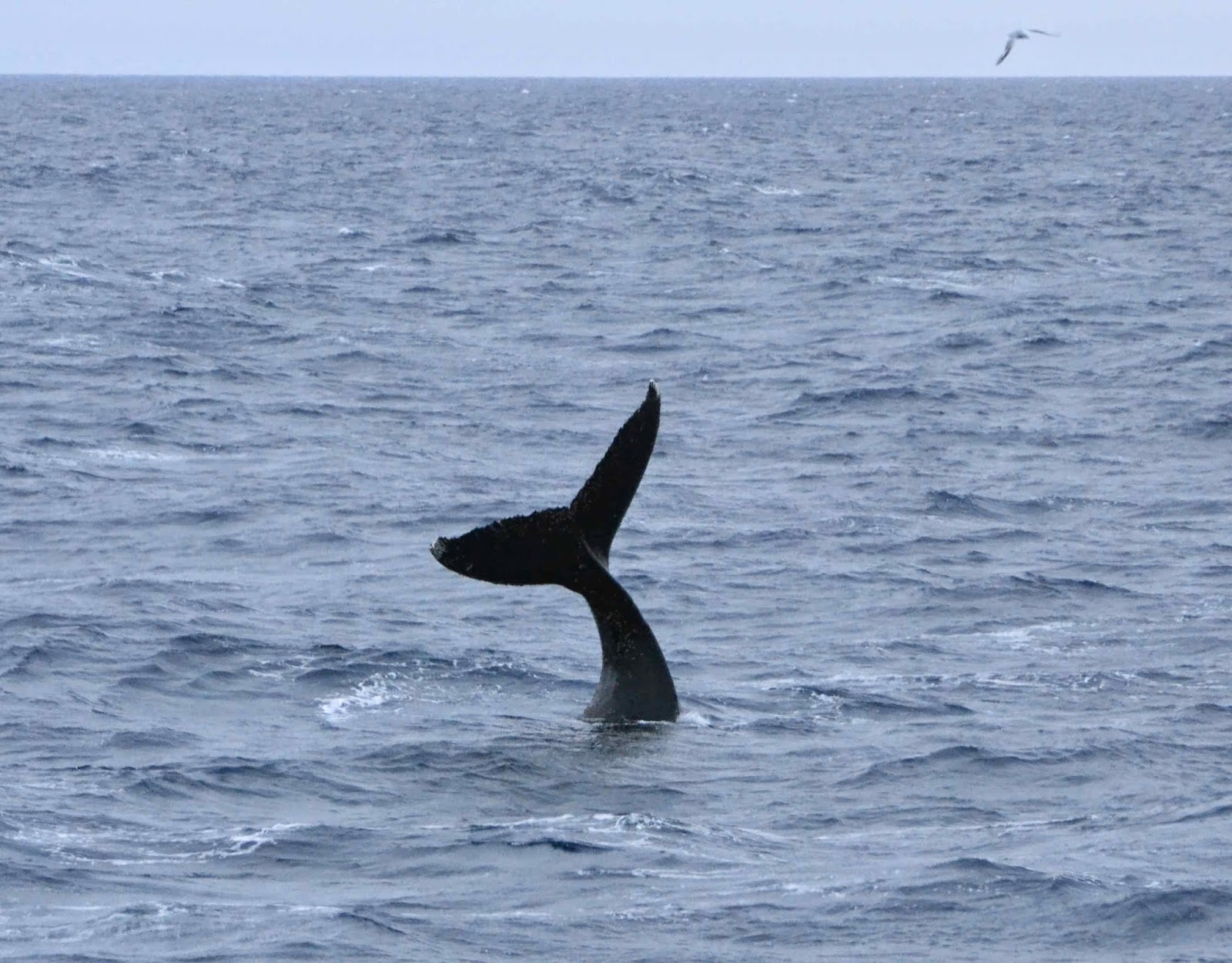 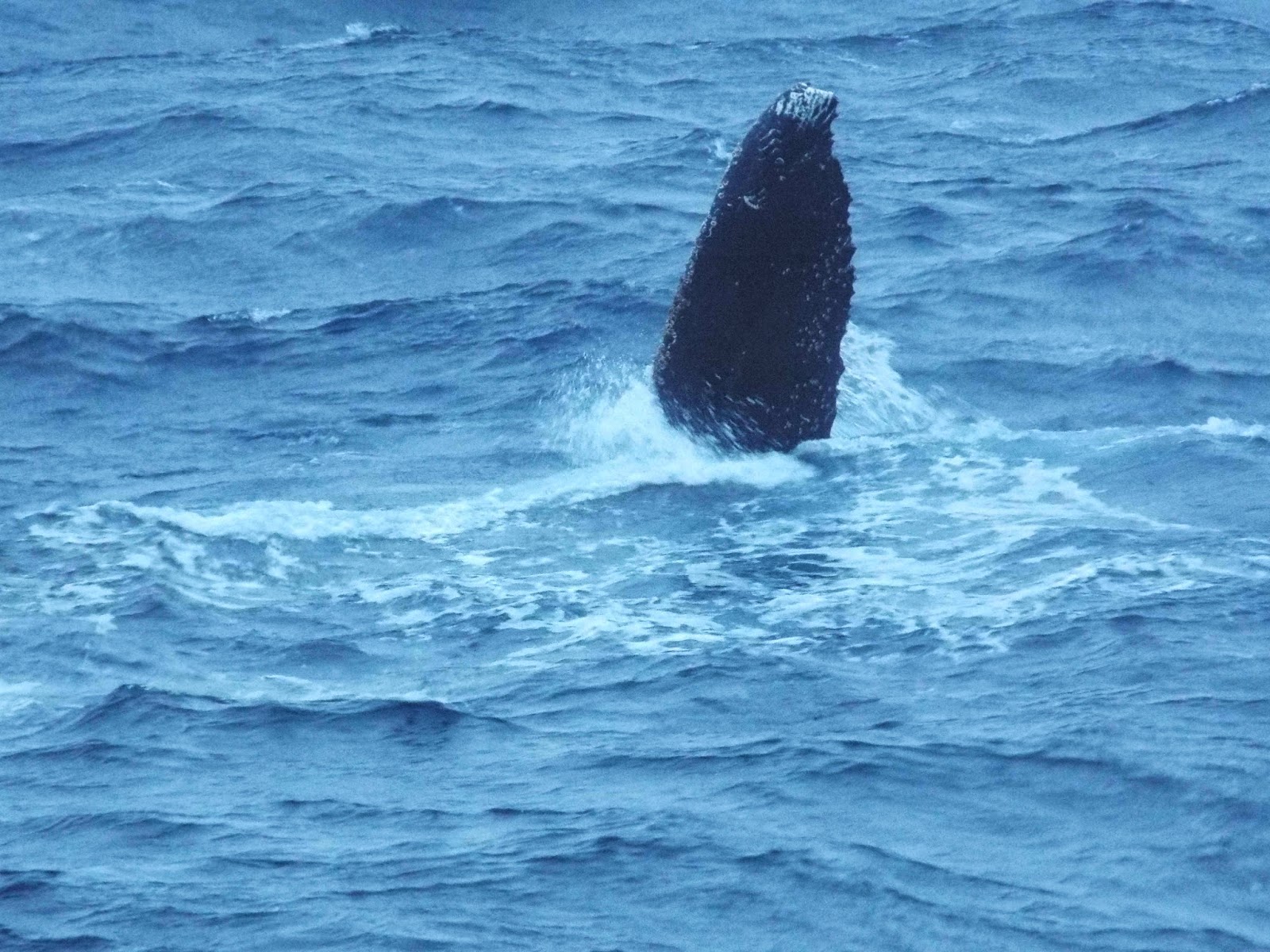 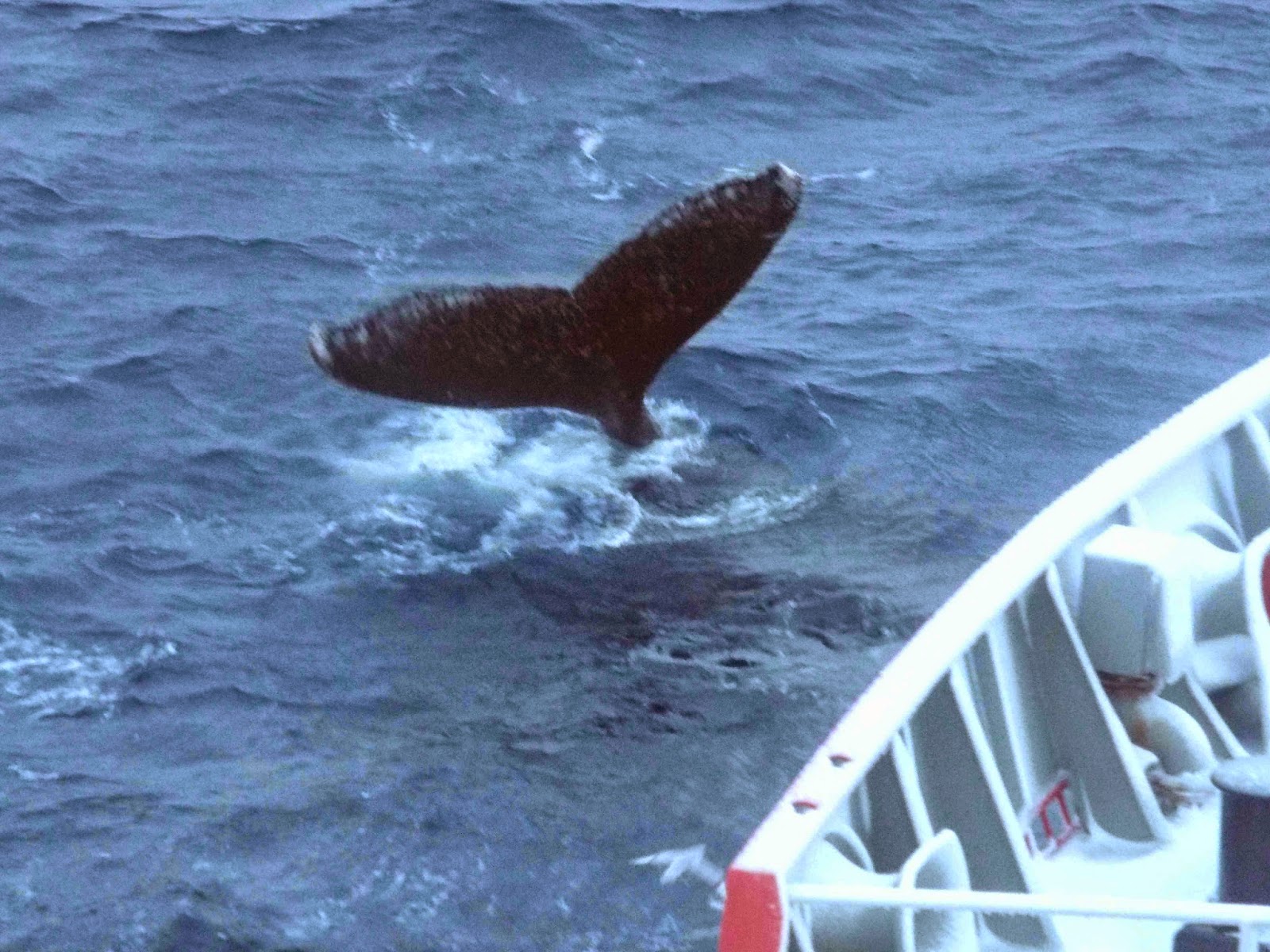