We finished science last night, coming to the end of the A23 hydrographic section as the seas calmed and the wind dropped. Looking out across the ocean last night it was smooth as a lake. Mars lay low on the horizon casting a golden streak of reflection across the gently undulating surface.

The next morning we awoke to the sight of land, glorious land! We were at last at South Georgia, possibly one of the most beautiful place on earth (I might just be saying that as I haven't seen land for a long time.... but really it is very beautiful!). We steamed along the north east of the island throughout the morning, taking in the stunning scenery. It feels like a very long time since we saw greenery! 57% of South Georgia is permanently covered in glaciers, sculpting a dramatic landscape that rises steep out of the ocean. Stark layers of rock jut out of jagged peaks, with bright glaciers snaking between them down towards the water.

We are incredibly lucky. Andrew (our Principle Scientific Officer - he runs the science side of the cruise) and Captain Jerry put their heads together and came up with a rather splendid afternoon. We pulled into the Bay of Isles in the late morning. The Bay of Isles is on the north coast of South Georgia, and has a very picturesque chain of little islands, and views of some very dramatic mountains and glaciers. We stayed here until 4pm and whiled away the time with a BBQ on the back deck!

The temperature got up to a balmy 4°C, and with Sam's tasty home-made burgers in hand we had a lovely afternoon enjoying the view! On the shore near the ship was a huge King Penguin colony. We all lined up to peak through Hugh's telescope and see the dense mob of penguins on the beach and frolicking in the shallows. Fur seals and gentoo penguins swam close by the ship and the prehistoric looking giant petrels flapped lazily overhead. What a fantastic break from work! 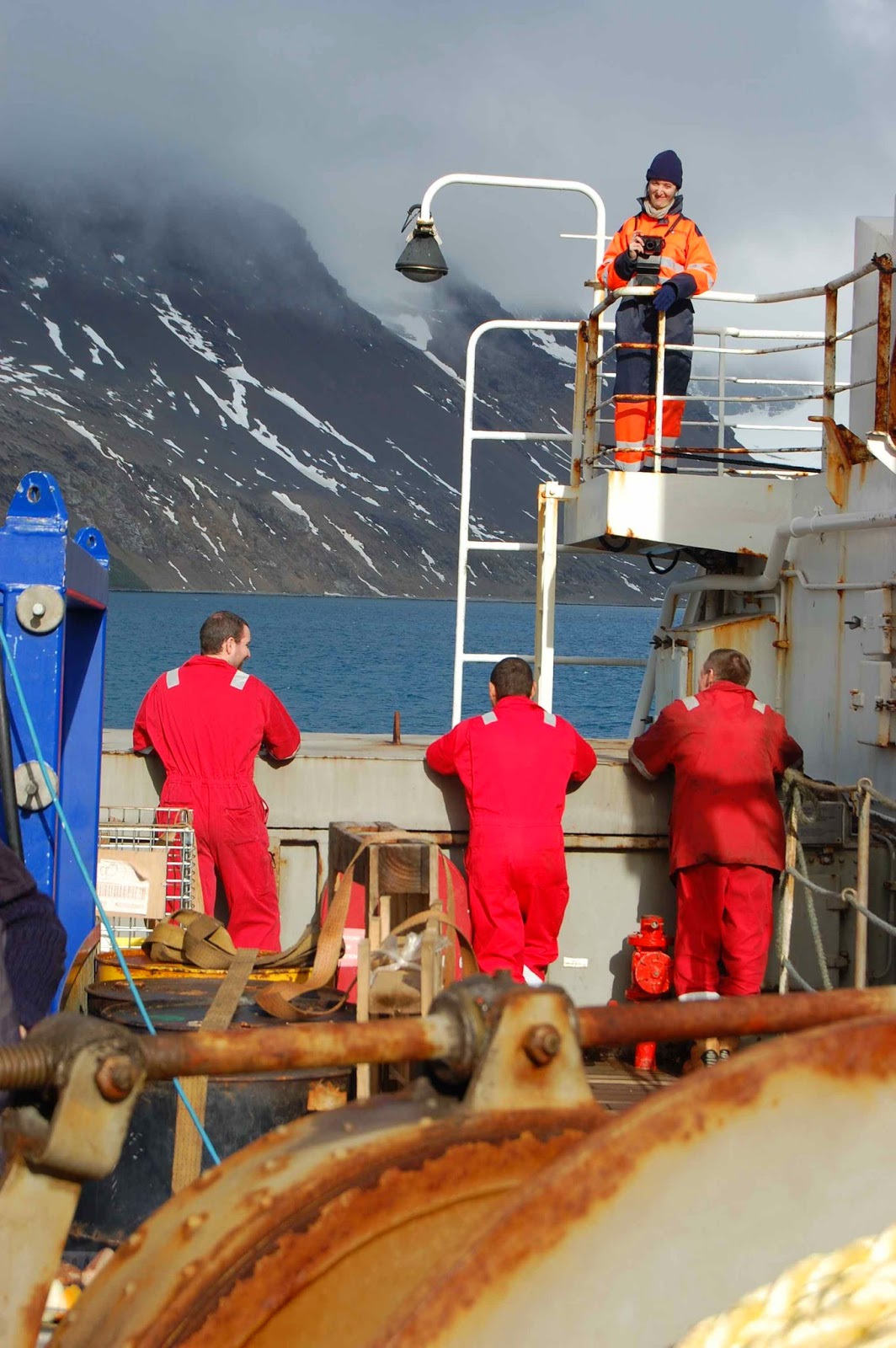 We have just two weeks left of the cruise. This evening we will start work again, taking samples from 5 sites across a channel between South Georgia and Black Rocks, a rise on the ocean floor that marks the start of the North Scotia Ridge. Before we head off along the rest of the ridge though we will be taking a brief detour north, up into the Argentine Basin. Here we hope to find high concentrations of our DIMES tracer and will be sampling at a site that is 6 km deep! After this it is back down to take samples along the North Scotia Ridge, ending in the Falkland Islands around the 28th. 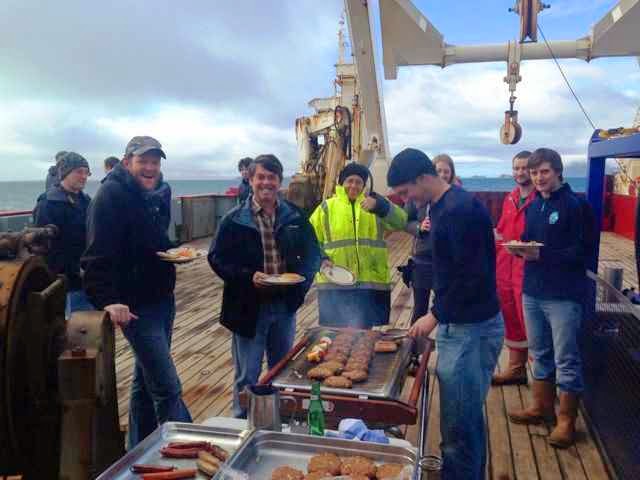 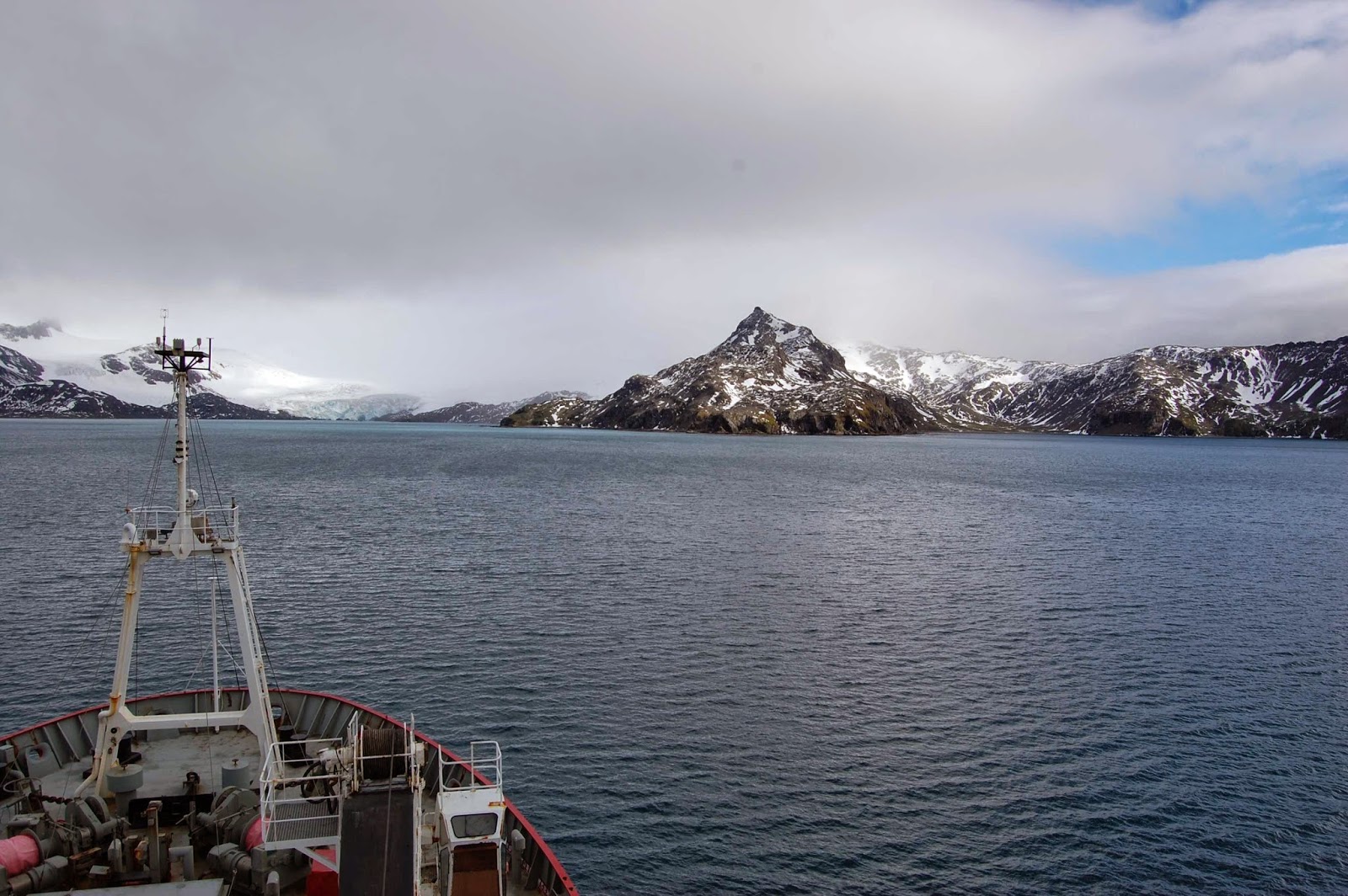 Thanks to Craig, Ollie and Jesse for the photos!