What a day! Science is going great guns here on the James Clark Ross. We arrived at our first official station around midday yesterday, where water samples were collected and analyzed. Since then it has been full steam ahead, with round the clock observations. 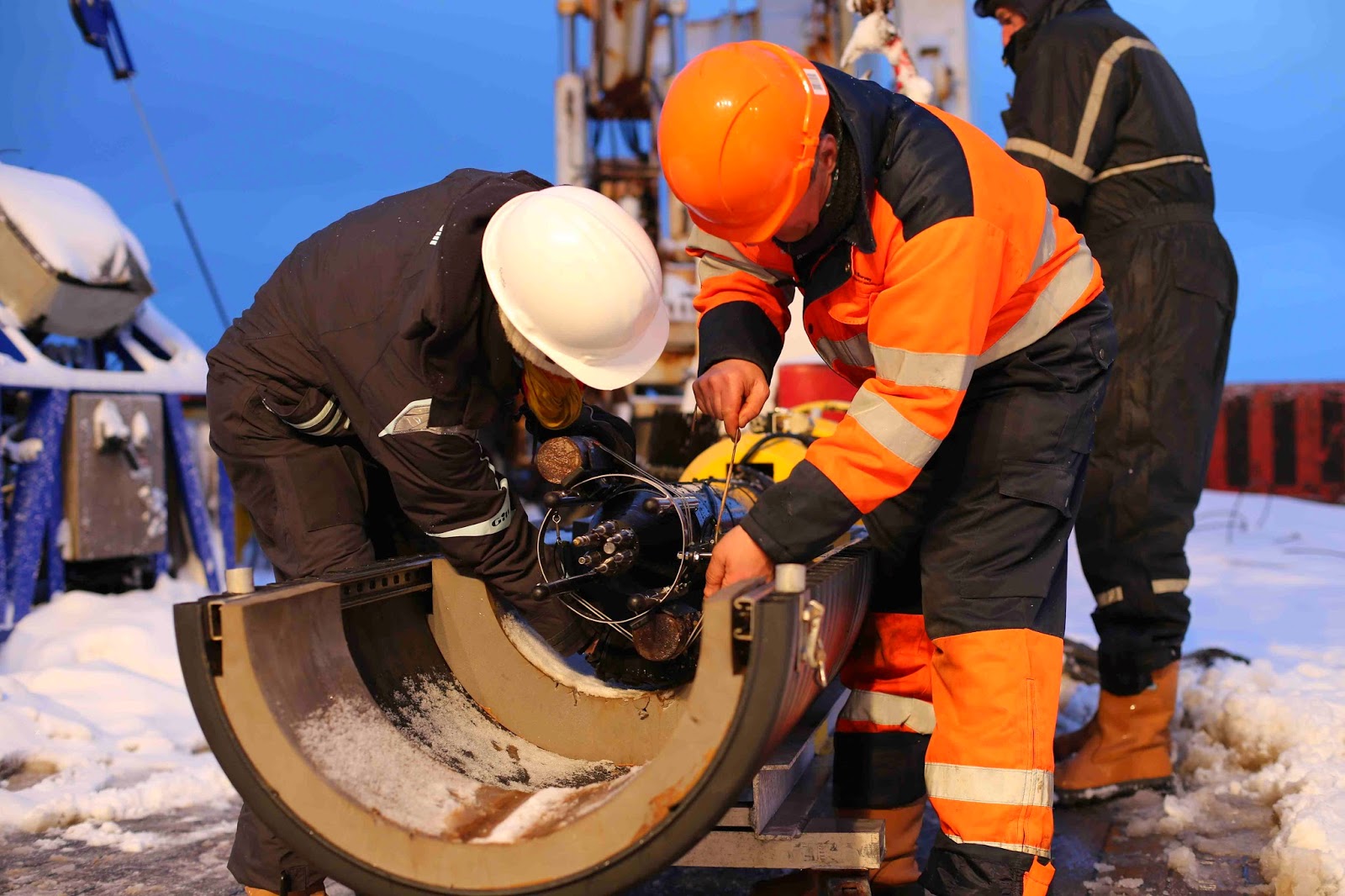 Those on night shifts are doing a sterling job of keeping eyelids open as they settle into the new routine. The observation stations during this part of the journey are very close together, which means only short steaming times (and tea breaks!). There was a buzz of excitement as the first data came in - preliminary results show that we have observed a deep, turbulent current flowing down the Antarctic continental slope. We think that it’s a bit like a deep-ocean waterfall. These currents are rare and hard to capture, however they likely play an important role in mixing up the water column. The VMP instrument, which measures how turbulent the waters are, shows high mixing within the deep flow – which is pretty exciting stuff!


We woke up this morning to some sunshine and bright blue seas – a change from the snowy mist that has hung around these past few days. The crew have been busy chipping away ice and shoveling snow from the deck as we move north into slightly warmer waters. The wildlife is still fantastic - lots of penguins, whales, petrels and skuas about, and a few albatrosses are appearing now we move further north. Hugh, our onboard wildlife expert has put together a few pics of what we have seen so far…see the next post.