Over the last 10 hours the atmospheric pressure has been dropping and dropping: it seems that we have some bad weather on the way! The sea is getting pretty choppy and the wind has picked up to steady 35 knots, with 50 knot peaks. Science has stopped while we wait for the swell to calm again. It’s getting difficult to walk down the corridors in a straight line as the ship sways from side to side and the chairs in the lab are beginning to spin around. Everyone is carefully tying computers and equipment to desks and table legs. Well, I guess this is what Drake Passage is famous for – high seas and strong winds. On the plus side the downtime is allowing us to catch up with analysing the backlog of water samples that have collected over the last few days.

Speaking of pressure changes, yesterday we conducted a little experiment. We wanted to see what kind of pressures our instruments experience as they reach 4000 m below the sea surface. Meet Ripley – our cruise mascot and willing guinea pig. The left hand photos below show her yesterday morning (normal size) with Katy and Siobhan. Lovingly tattooed by all the team, she is made of polystyrene, which is essentially a collection of air bubbles. Just after these photos were taken, our heroine was strapped (in Ellen’s laundry bag) to the CTD frame and sent to the watery depths….

The right hand pics show how she came back to us: 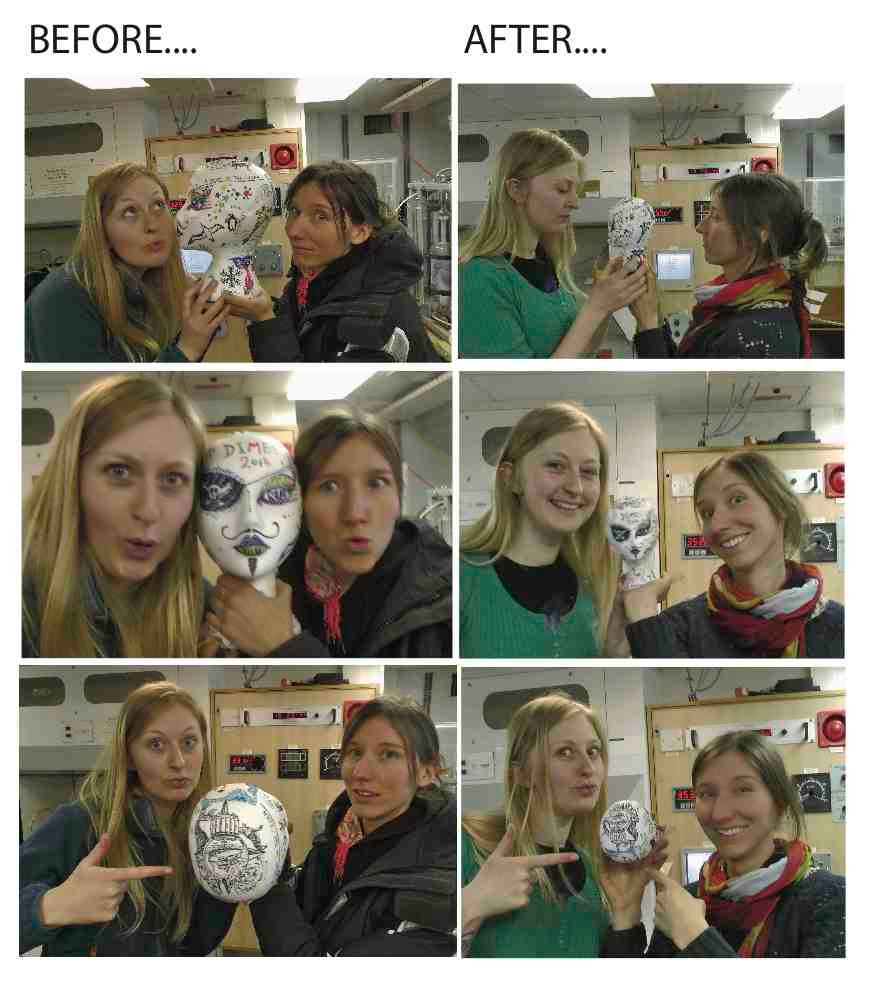 As Ripley was lowered deeper and deeper into the ocean, the pressure difference between the surrounding water and the air inside the polystyrene caused the head to gradually implode. At 4000 m, Ripley would have experienced about 100 tons of water sitting on top of her - that’s enough to give any one a headache! Compare it to the way your ears sometimes pop just a few meters down in the swimming pool.

Conveniently, Ripley bore a scar on her right cheek, which was exactly 5 cm long before she bravely sunk to the bottom of the sea. We had a sweepstake to guess how long the scar would be on her return., which was 2.8 cm. The proud winner was Prof. Mike Meredith. (He did perhaps have an advantage, having previously sent polystyrene cups to various water depths and measured how much they shrunk by – it’s good to know that careful scientific observation does work). A close second was Hugh who guessed 2.6 cm. 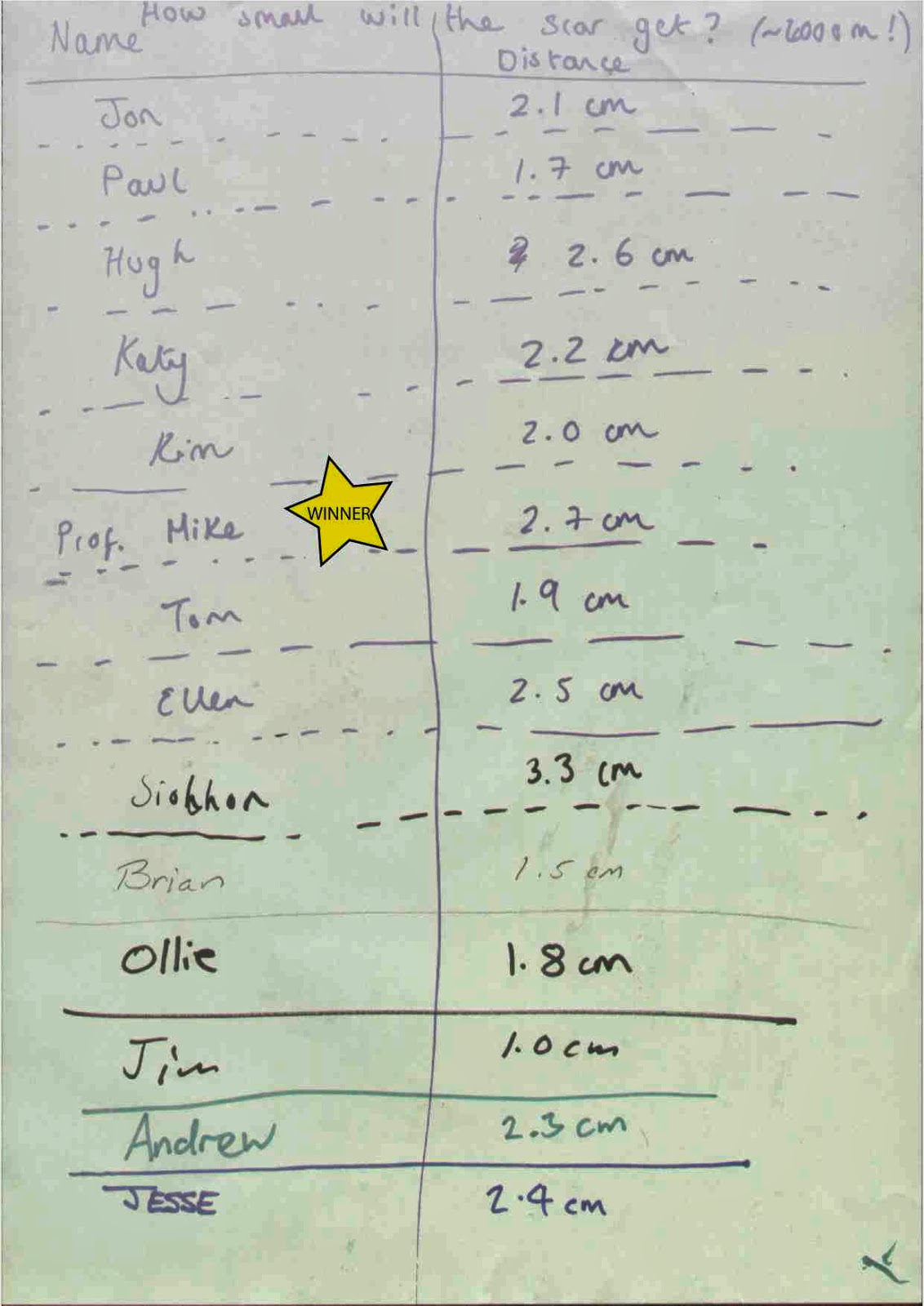 Would we implode if we followed Ripley down 4000 m in the ocean? Our lungs would collapse but since we're made mostly of water, which is almost incompressible, we would probably remain the same shape. I’m not sure we would be quite as robust as Ripley however, who now proudly sits in the main lab keeping her patch-free beady eye on us!

Special thanks to Jesse for the help with this post.