Bright sunshine out here on the southern seas! The sparkling skies are slowly melting the ice on deck, and the air temperature has rocketed up to a toasty 1.9 degrees Celsius... pass the suncream! The ocean is a bright, sparkling blue, and the vast horizon is dotted with soaring royal albatrosses and the occasional hourglass dolphin leaping about.


We have now reached station 16 of the 30 planned observation stations - about half way through the section.

The map on the right shows an enlargement of the region inside the red box on the world map. The background colours indicate how deep the seabed is –Drake Passage is like a deep canyon in between South America and Antarctica through which the Antarctic Circumpolar Current (ACC) flows. The red shows the journey of the James Clark Ross as we head north along the section (the red star indicates our current position). Each of the black dots is the location of a planned observation station.


We are well ahead of schedule, thanks to the amazing weather, slick crew, Andrew’s heroic leadership and all the equipment behaving itself. The upshot is, we have the time to squeeze in some extra science over the upcoming days. Hurrah! Currently, we are planning additional stations between about 57 and 56 degrees South, which will provide some high-resolution measurements across the Polar Front. The Polar Front is a region of fast flowing current within the main Antarctic Circumpolar Current (ACC). The exact position of the front swings and meanders around from month to month - it’s a bit like the oceanic equivalent of the atmosphere’s jet stream. Because of the fast flowing water and sharp temperature gradients associated with the Polar Front we expect lots of interesting physics to be happening here – particularly on smaller scales (< 10 km). After all this hard work, the Sunday roast on the menu tonight will be much appreciated!

A vertical slice through the ocean that runs south to north along our observation stations. These data were collected in 2011 – temperature and salinity data have been collected along this section annually since 1992 giving us a great record. However, measurements of how the ocean is mixed in this region, which we are collecting with the tracer and the VMP, have only been recorded recently by the DIMES project. The black contours show density surfaces (isopycnals) - note how they tilt up sharply at the Polar Front, where there is a sharp change in water temperature. The isopycnals slope-up at the Polar Front because of the effect of the spinning Earth on the faster current flow here. It’s similar to the way the water surface in a bowl of spinning water banks up against the side. 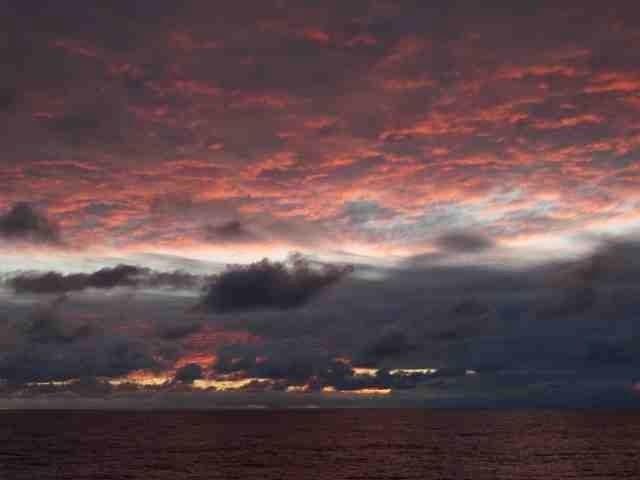 Finally: a big HAPPY BIRTHDAY to DIMES veteran Neill Mackay (we know you wish you were here!)
Posted by Unknown at 02:21